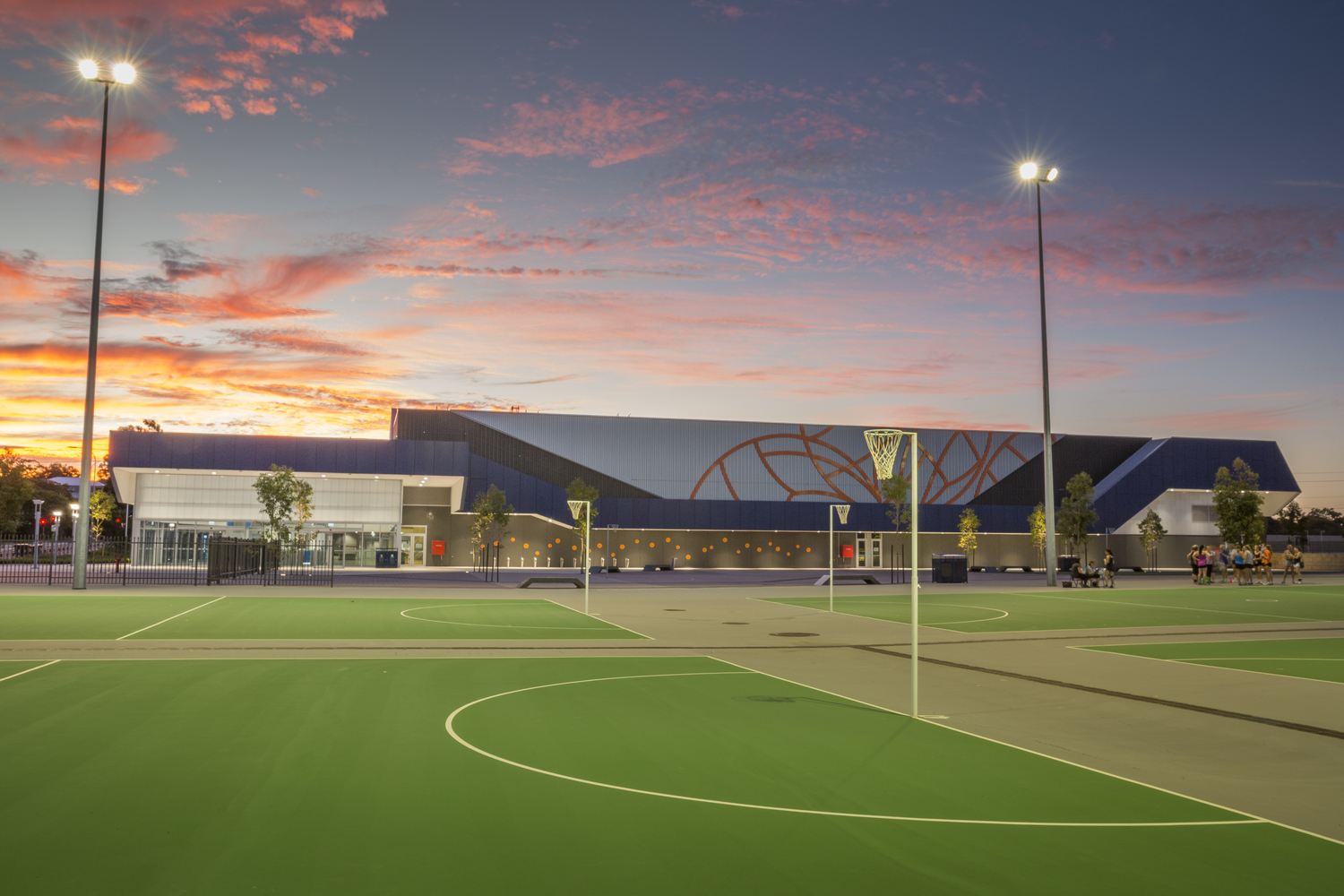 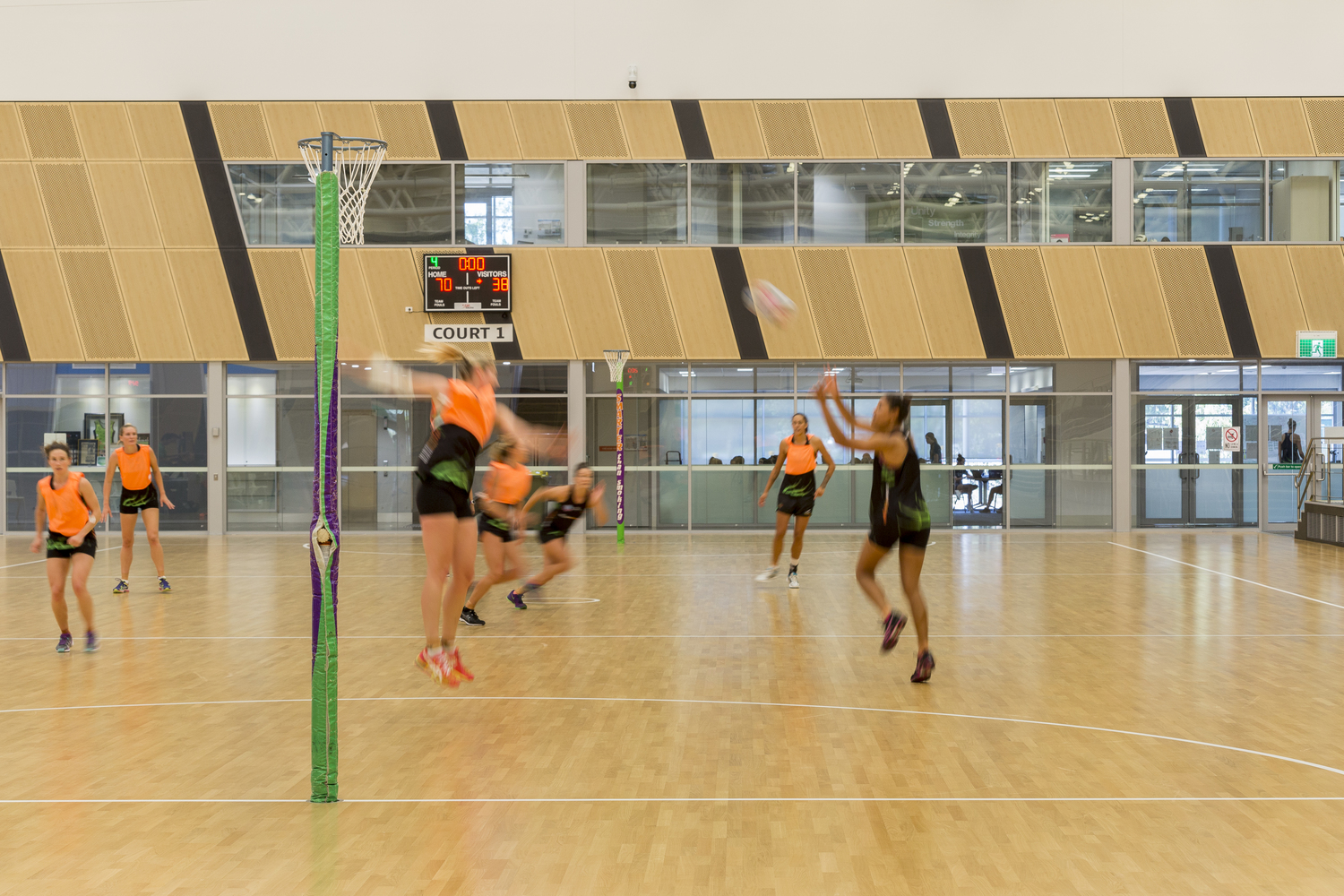 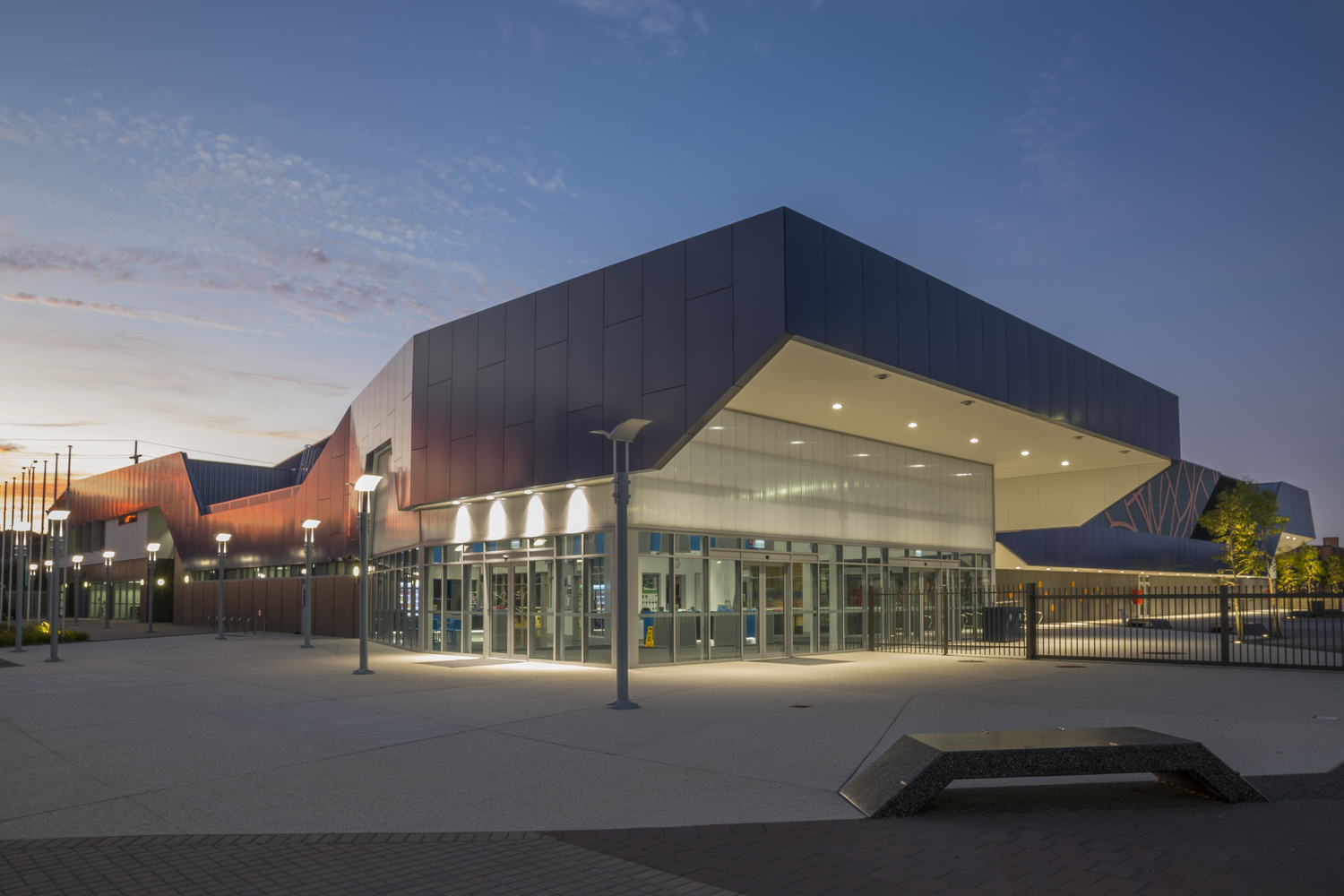 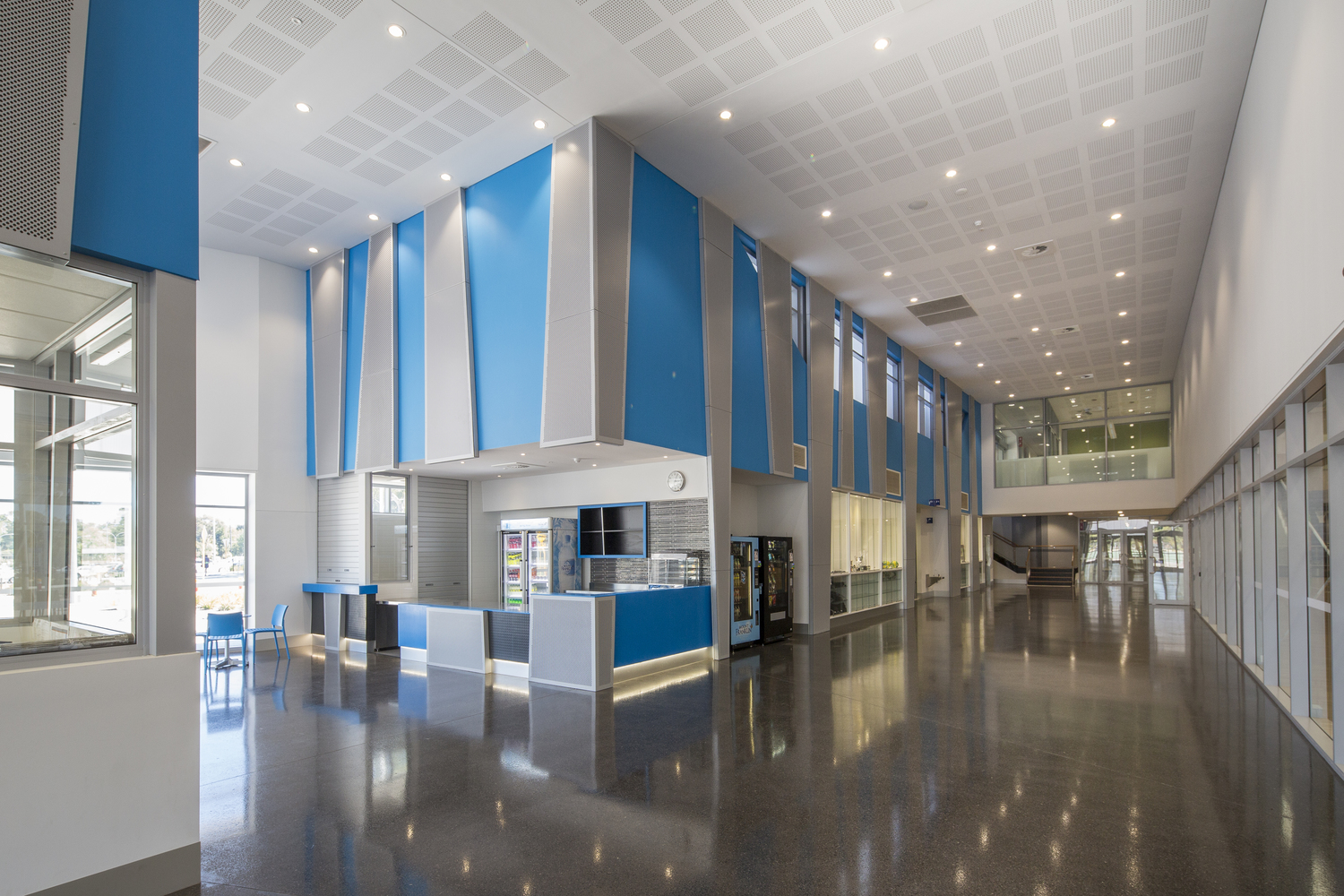 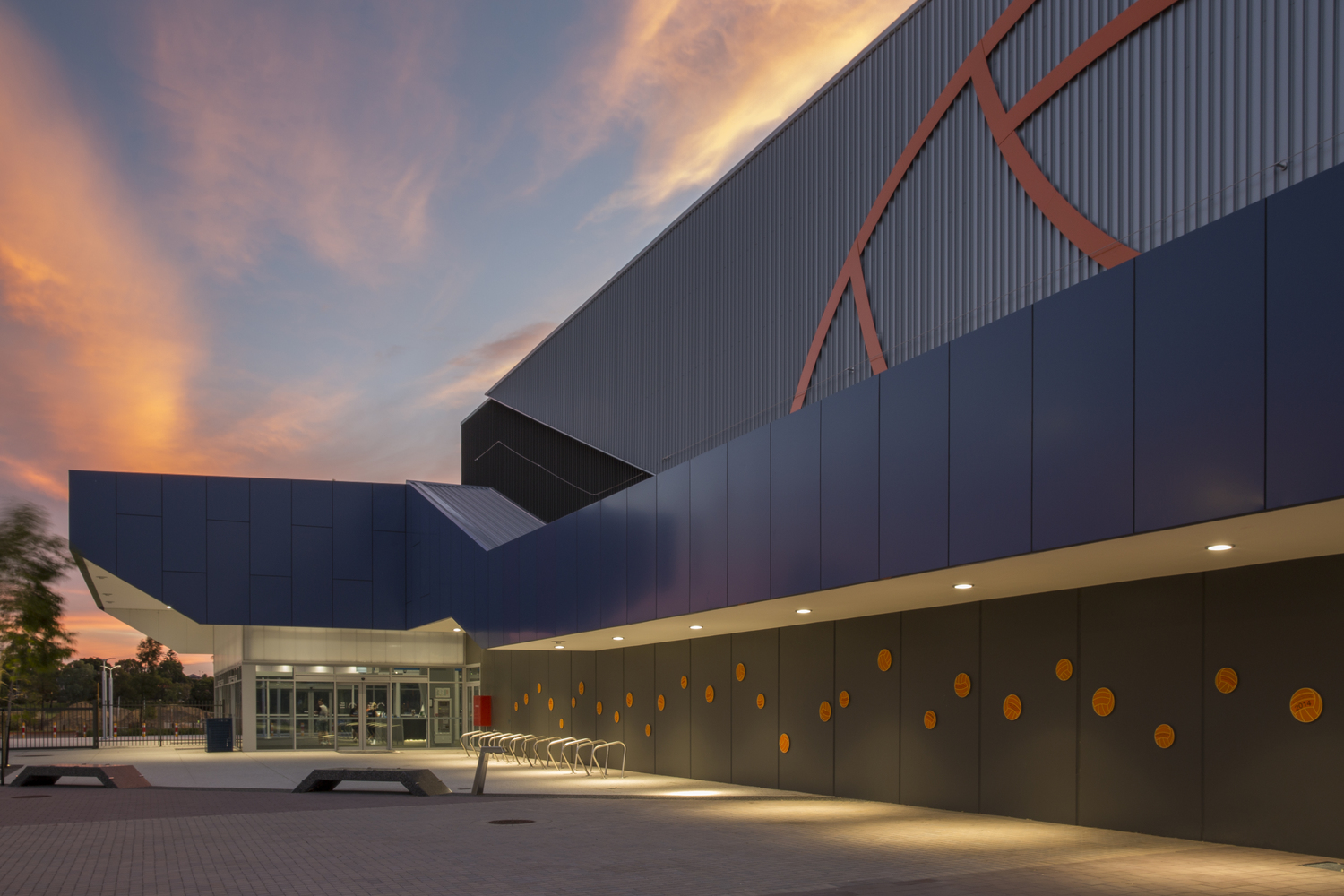 A design catering to elite and beginner levels

The architectural concept sees the large volume of the sports courts wrapped with a sculpted shroud, providing a varied experience as users move around the building. Each elevation responds to its orientation and program, with the south and south east opened up to create shelter for users. The west facade has segmented surfaces which articulate the entry point and building statement from Selby Street. The total site offers more than 40 outdoor courts, an inviting public plaza, plus car parking. With flexibility of use maximised, the centre can also be configured to have five volleyball courts or ten badminton courts. 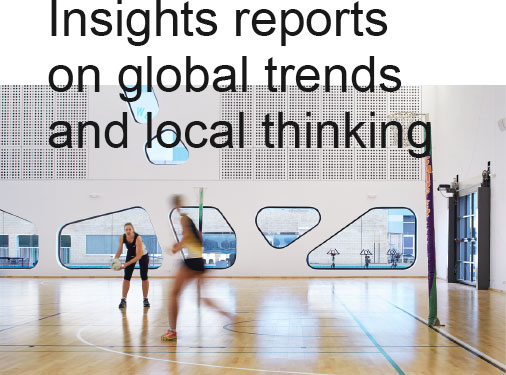